The national average price of petrol and diesel rose in January for the third month in a row, RAC Fuel Watch data reveals.

The retail fuel price rises have been sparked by a 2% increase in the price of oil, albeit somewhat softened by a more recent 5% boost in the value of the pound to $1.42 on 31 January.

RAC fuel spokesman Simon Williams said: “The start of 2018 hasn’t been good for motorists as they’ve had to endure their third consecutive monthly increase at the pumps. Both petrol and diesel are now at their highest points for more than three years which is bound to be making a dent in household budgets.”

Filling a 55-litre family car with petrol now costs £67.23 whereas the diesel equivalent is more expensive at £68.77. This is in stark contrast to the cheapest point of 2017 in July when a tank of unleaded was £4.35 cheaper and a diesel fill-up was £5.51 cheaper.

Simon Williams added: “There is a glimmer of hope that some of the heat in the forecourt price of fuel could cool in February as our current two-week forecast shows reductions of a penny for petrol and two pence for diesel.

“Whether this will filter through at the pumps is questionable as retailers are generally loath to pass on wholesale savings when they consider them to be marginal.

“While the fuel market is very hard to predict at the best of times there is currently even greater uncertainty as the price of oil went through the $70 a barrel mark in January for the first time in more than three years while sterling has strengthened against the dollar making wholesale fuel cheaper as it’s traded in dollars.

“We urge fuel retailers to be fair to motorists and pass on the current savings in the wholesale price of petrol and diesel at the pump. Reflecting downward movement in wholesale prices on the forecourt, however small, is important for retailers as motorists generally believe there is little transparency in the price of fuel, unless of course costs are on the up when they understand all too well they will quickly be paying more to fill up.”

Scotland suffered the largest increase in the price of both unleaded and diesel. Petrol north of the border went up 1.76p a litre in January from 120.12p to 121.88p. The North East, however, had the smallest rise with only a penny being added to the price – 120.40p to 121.49p. By the close of January the West Midlands recorded the lowest average price of petrol at 121.49p, although Northern Ireland’s was almost identical at 121.50p. The South East was customarily the most expensive at 123.15p.

Scotland’s diesel increase was a whopping 2.34p a litre – 123.48p to 125.25p – considerably above the UK average rise of 1.56p. The West Midlands had the smallest hike at just over a penny a litre. The East of England, however, just took the South East’s title as the most expensive place in the UK to buy diesel with a litre averaging 125.73p there. Northern Ireland remains the cheapest for diesel with a litre costing 124.02p at the end of January after a 1.78p rise.

Motorists can keep abreast of the latest fuel prices by visiting: rac.co.uk/fuelwatch or following #racfuelwatch on Twitter.

First formed in 1897 the RAC has been looking after the needs of its members and championing the interests of motorists for 120 years.

The RAC is the motorist’s champion and campaigns to support the interests of its members and UK motorists at a national level. This includes voicing concerns about the increasing cost of motoring, particularly the price of fuel and the high level of tax levied on it, advancing levels of road safety, and supporting the needs of all drivers, from young to old.

The RAC’s annual Report on Motoring – first published in 1989 – provides a clear insight into the concerns and issues facing today’s motorists.

For the very latest news on UK fuel prices, check RAC Fuel Watch or follow #racfuelwatch on Twitter. RAC Fuel Watch is a comprehensive guide to the latest UK unleaded petrol and diesel prices – both at the wholesale level and at the pump. RAC Fuel Watch analyses how prices changed through the previous month and compares the most recent prices with those from three, six and 12 months before.

​The price of a barrel of oil has gone above $70 for the first time in more than three years, potentially spelling misery for motorists at the pump throughout 2018.

Fuel prices could be on the rise this side of Christmas

The RAC is making a fresh plea to Britain’s big four supermarkets to cut at least another 2p a litre off petrol and diesel following further reductions in the wholesale cost of fuel.

Average petrol and diesel prices stay the same in March 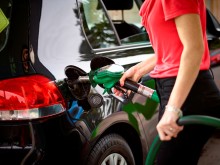